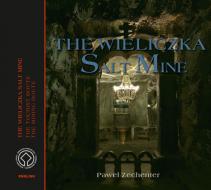 The Wieliczka Salt Mine.

At present the Mine has nine levels, 245 km of galleries and 2391 chambers. Available for touring are only the most beautiful and valuable areas with the Tourist Route, Mining Route and the Wieliczka Mine’s Trail of Secrets. In 1978, the „Wieliczka” Salt Mine was included among the first 12 objects from all over world in the UNESCO Heritage List. Every year there are more than one million visitors from the country and abroad. It is not an overstatement if we say that the fame of the Mine reaches the most remote places in the world, because amongst its visitors there are guests from such countries as Tuvalu, Bolivia, New Zealand, the Philippines, Cote d’Ivoire, Maldives or Sri Lanka.

A tourist attraction, a sanctuary, a spa, a ballroom, a concert hall, a venue of cultural and sports events, a place of relaxation for whole families – these are all the ‘faces’ of the Mine in Wieliczka. The underground is alive with activity. The merger of tradition and modernity allows not only to tour the historic spaces, but also to organize in them various unique events, such as the underground balloon flight which was listed in the Guinness Book of Records, a boxing gala, or concerts of opera music. There are unique places in the world which stir our imagination, inspire us and amaze. A visit to the Mine is at the same time J. Verne’s journey to the centre of the Earth and an admiring glimpse of J.R.R. Tolkien’s Moria. Depending on what one wish to do a stay in the Mine may become a visit to the underground city with shops, a restaurant, a playground and Wi-Fi or an exciting adventure, during which daredevils impersonate miners and get acquainted with the world of salt by the dim light of miners’lamps.

It happens sometimes, however, that words are insufficient to convey the beauty and the atmosphere of these unmatched places. At such moments photography comes to ‘rescue’. Masterly photographs not only make the time stand still, but they also reflect the atmosphere of the captured moments. In this album an eminent photographer, Paweł Zechenter, shows his own journey to the very heart of the Mine in Wieliczka. Page after page he leads us along the Tourist Route and the Mining Route, discovering for us their unique beauty stemming from centuries of human work and millions of years of nature’s creative activity. I would like to invite you to get acquainted with the „Wieliczka” Salt Mine as seen with Paweł Zechenter’s eyes.